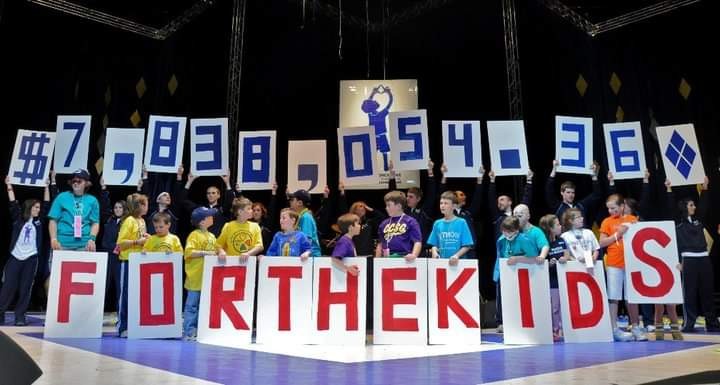 I'm so excited to be able to run for a cause that is near and dear to my heart. I participated in my first THON in 2007 as a freshman at Penn State. Since then,  I have always found a way to take part - serving on various commitees during my time at Penn State,  fundraising and organizing for the Hope Express as an alumni, and when life got crazy still making sure to support the students in any way I could, For The Kids.

I'm so excited to be able to participate in this event and raise money in support of all of the student volunteers and of course Four Diamonds Families who benefit from THON.

Thank you for supporting me, FTK

ABOUT THE THON 5K

The THON™ 5K powered by PNC is the largest 5K in Central Pennsylvania. Annually, over 3,000 supporters come together in University Park, PA to take a stand in the fight against childhood cancer.  The Virtual 5K is perfect way to #RunWithUsFTK from any place, at any pace. This year, our team will be participating in an effort to take the fight beyond Central Pennsylvania and spread hope around the world.

Each year, 16,500 students and over 25,000 alumni supporters across the nation unite in the fight against childhood cancer. Since 1977, THON has raised over $168 million for Four Diamonds at Penn State Children's Hospital, providing comprehensive care for 4,000 families and funding critical research. THON's year round efforts culminate in a 46-hour, no-sitting, no-sleeping dance marathon every February.

Help us pave the way to a brighter future, For The KidsTM