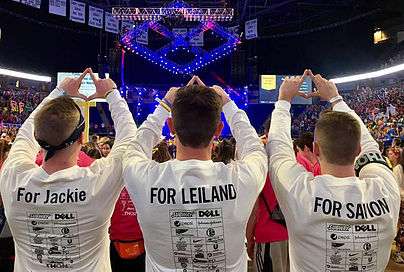 Help save the lives of children battling cancer by supporting THONTM. Our organization, Phi Chi Theta, is taking action by uniting with 16,500 student volunteers to raise funds and awareness in the fight against childhood cancer. Since 1977, THONTM has raised over $200 million for Four Diamonds at Penn State Health Children's Hospital. Throughout our partnership, we have ensured that over 4,000 families have not seen a single medical bill. In addition, the local research that is being done is making a global impact so that one day, we will find a cure. Each February, THON's yearlong efforts and support for the families culminate in a 46-hour, no-sitting, no-sleeping dance marathon. 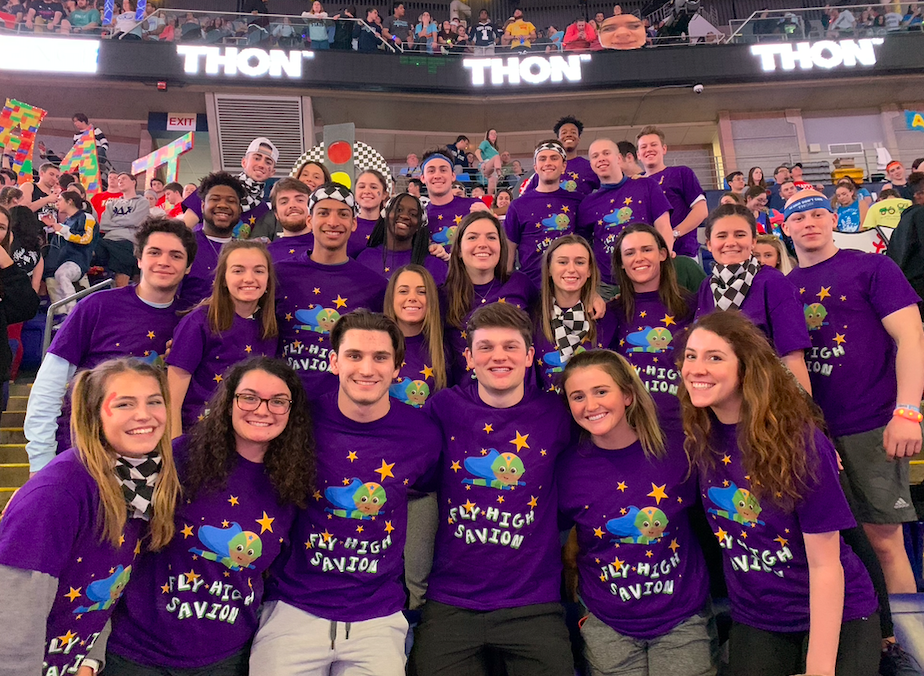 For almost two decades, Phi Chi Theta has consistently dedicated our time and efforts towards helping end childhood cancer, as each of our members has a unique passion for THON. We strive to make sure no parent ever has to hear the words "your child has cancer" ever again, but until then, we are dedicated to enhancing the lives of children and families who are impacted by pediatric cancer. This past year, Phi Chi Theta raised a total of $111,740.37  For The Kids (even with a virtual THON)! This total brought us to the #2 fundraiser of all General Organizations. In total, PCT has raised over $800 thousand dollars for the kids. Not only does PCT work diligently to raise money for the Four Diamonds, but we have also been blessed to serve as support systems for our three Four Diamonds Families:

One of the THON children with whom PCT has been blessed to be paired with is Savion Atterberry. A very happy and energetic kid, Savi loved playing video games with his older brother Juwaun, riding bikes with Poppy, and watching his dog Dodge be crazy.  From York, PA, Savi lived with his older brother Juwaun, his Mom, Angie, and his grandparents, Robert and Lucille Atterberry (Poppy and Nanny). They all absolutely love to share stories of Savi and to get to know all of the members of PCT.

Savi attended his first THON when he was just a toddler, and he loved it every time he attended afterwards. He referred to THON as “the big party”. Over the years, PCT, Savi, and all of the Atterberrys created a great friendship through routine visits and having a blast at THON. He and the Atterberrys have become a valued part of the Phi Chi Theta family.

On January 17, 2016 at the age of 10, the Lord's angels came and gave Savion Atterberry his wings. A brave and courageous fighter through thick and thin, we remember Savi for what an amazing person he was. Often sick and in the hospital, Savi held fast to his tremendous empathy for others. As Nanny Atterberry always makes sure to remind us when we are parting ways, it is never a goodbye, instead it is a see you later. We look forward to seeing Savi again one day, but until then, there is nothing that will stop us from giving the Atterberrys our unconditional love year after year. Fly High Savion.

PCT was blessed to be paired with the Smith family in November of 2016. Leiland was born on February 9th, 2015, so he is now 6 years old! Shortly after he was born, Leiland was diagnosed with LCH, a rare form of cancer. However, that hasn't stopped our little guy from being a tremendous fighter! Leiland loves Penn State football as well as hanging out with his mom, Logan. On January 4th, 2018, Leiland found out that he was in remission and soon after got to ring the remission bell at Hershey Medical Center with his family and a few members of PCT there to celebrate him!

Leiland is growing up to be a smart, sassy, and energetic young man. He loves attending kindergarten where he gets to see all of his friends, and loves to talk about his “favorite subject” of recess. He is very excited for the future, and wants to be a firefighter when he grows up. During the last few hours of THON last year, it was Leiland’s energy that helped our dancers get through the last hours. His strength, smile, and silly nature never fail to light up a room and we all look up to him tremendously for that. We cannot wait for what the future of our relationship with their family is going to look like. It already seems like Leiland has become so old after a short 4 years!

The Four Diamonds Family that PCT has been paired with the longest is the Mazurs. In November of 2005 while attending Wilkes University, Jackie was diagnosed with Ewing's Sarcoma. However, this setback did not get Jackie down. In her words, it was a "gift in disguise" as Jackie was introduced to Penn State, Four Diamonds, and found her passion for nursing. Wanting to be a nurse practitioner specializing in pediatric oncology, Jackie then transferred to Penn State. Jackie became a brother of ours in Phi Chi Theta while at Penn State. Having been deemed cancer-free in November 2006, Jackie was even more determined to beat cancer when six months later, she was diagnosed with leukemia. In 2010 at the age of 23, Jackie passed away. She was loved by her friends and family and was an inspiration to everyone who knew her. Jackie is very missed and will be forever in our hearts. 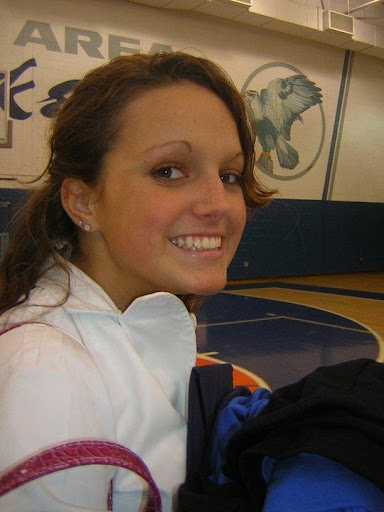 Phi Chi Theta is a Penn State organization that participates in THON™, in addition to our organization's primary purpose. Throughout the year, Organizations contribute to the efforts of thousands of Penn State students across all campuses by facilitating fundraisers, as well as providing emotional support to Four Diamonds Families.