Help save the lives of children battling cancer by supporting THONTM. Our organization, Atlas, has helped raise over $200 million for Four Diamonds at Penn State Health Children's Hospital. Throughout our partnership, we have ensured that over 4,000 families have not seen a single medical bill. In addition, the local research that is being done is making a global impact so that one day, we will find a cure. Each February, THON's yearlong efforts and support for the families culminate in a 46-hour, no-sitting, no-sleeping dance marathon. 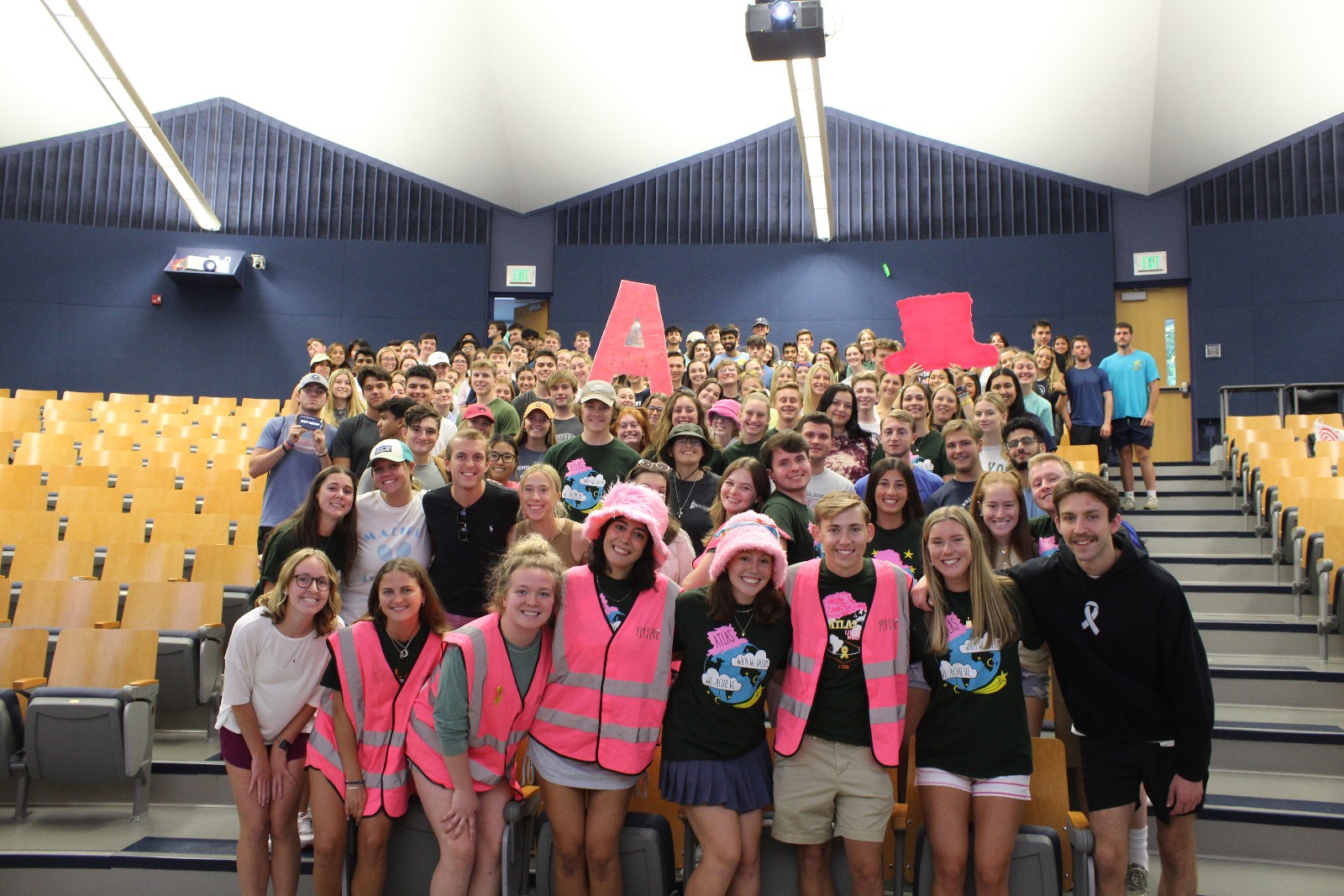 Our organization, Atlas, is a special interest organization at Penn State, which means we spend the entire year focused on THON. Atlas was founded in September 2005 on the "Atlas" floor of Atherton Hall. The founding members, which included, Matt Sterling and some friends on his floor, wanted to be able to get involved with the Penn State Dance Marathon (THON), without having to be a member of a club sport or the Greek System.  In its inaugural year, Atlas was paired with the Victoria Smith family and raised a little over $26,000. We have only grown from there! The following year, we more than tripled our fundraising total and became the top independent organization. 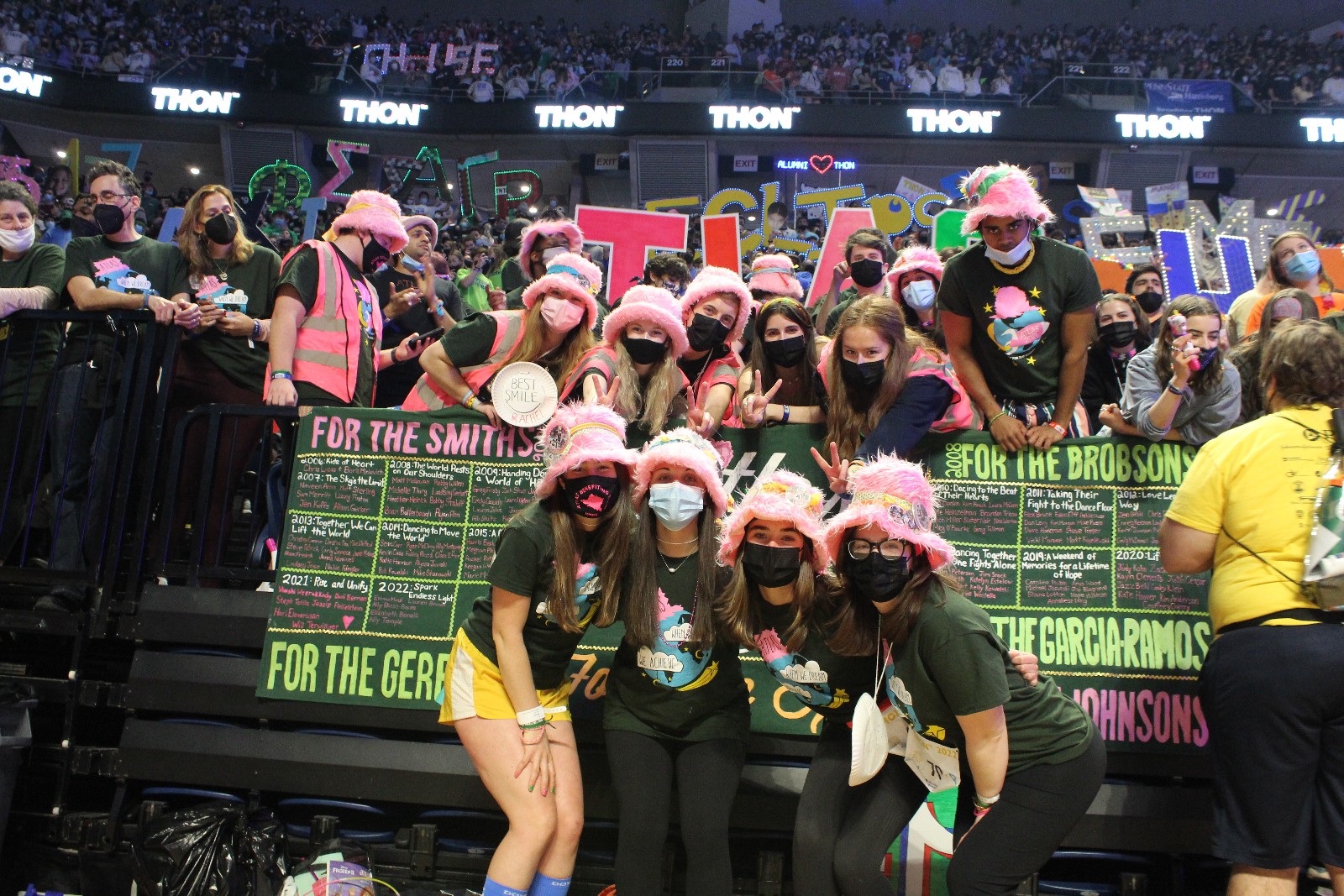 In 2010, Atlas was lucky to be paired with the Claire Brobson family. That same year, THON 2011, Atlas was the highest-raising organization overall at THON. Just a few days before THON weekend 2012, Atlas was again lucky to be paired with the Amarie Gerena family. In 2015, the Brobsons decided that they wanted to see Atlas be paired with another family, officially un-pairing with Atlas to become a legacy family. Atlas' relationship with our families did not change, but it gave us the opportunity to apply for a new family. Atlas was paired with our fourth family, the Samir Norton family before THON 2015. Atlas continues to watch our THON kids grow to be strong and healthy! In 2018, We were lucky enough to be paired with our fifth family, the Anthony Garcia-Ramos family! To read more about our families stories, click this link to our website: https://atlas46.org/ourfamilies 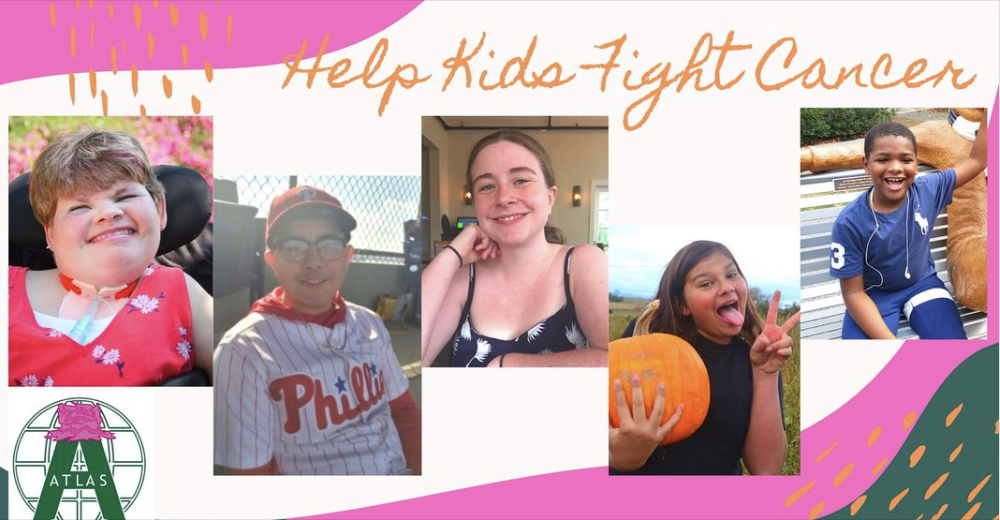 This past year at THON 2022, Atlas was the number one special interest organization raising $130,312.73 which contributed to a recording breaking $13,756,374.50 for THON 2022. Now with the beginning of the THON 2023 fundraising period underway, we are so excited to begin fundraising again for this amazing organization and more specifically our families. 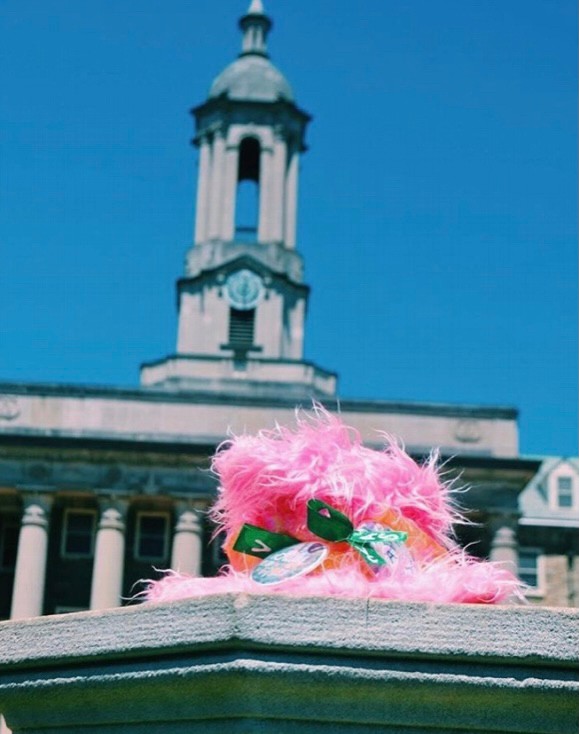 So far this year Atlas has hosted so many amazing events to fundraise and support our families. One of our favorite fundraising events is bake sales! We host bake sales throughout the year in an effort to raise more money FTK! We are also able to share the message of THON and Atlas' mission with those who buy the goods at our bake sale! Below is a picture from one of our bake sales! 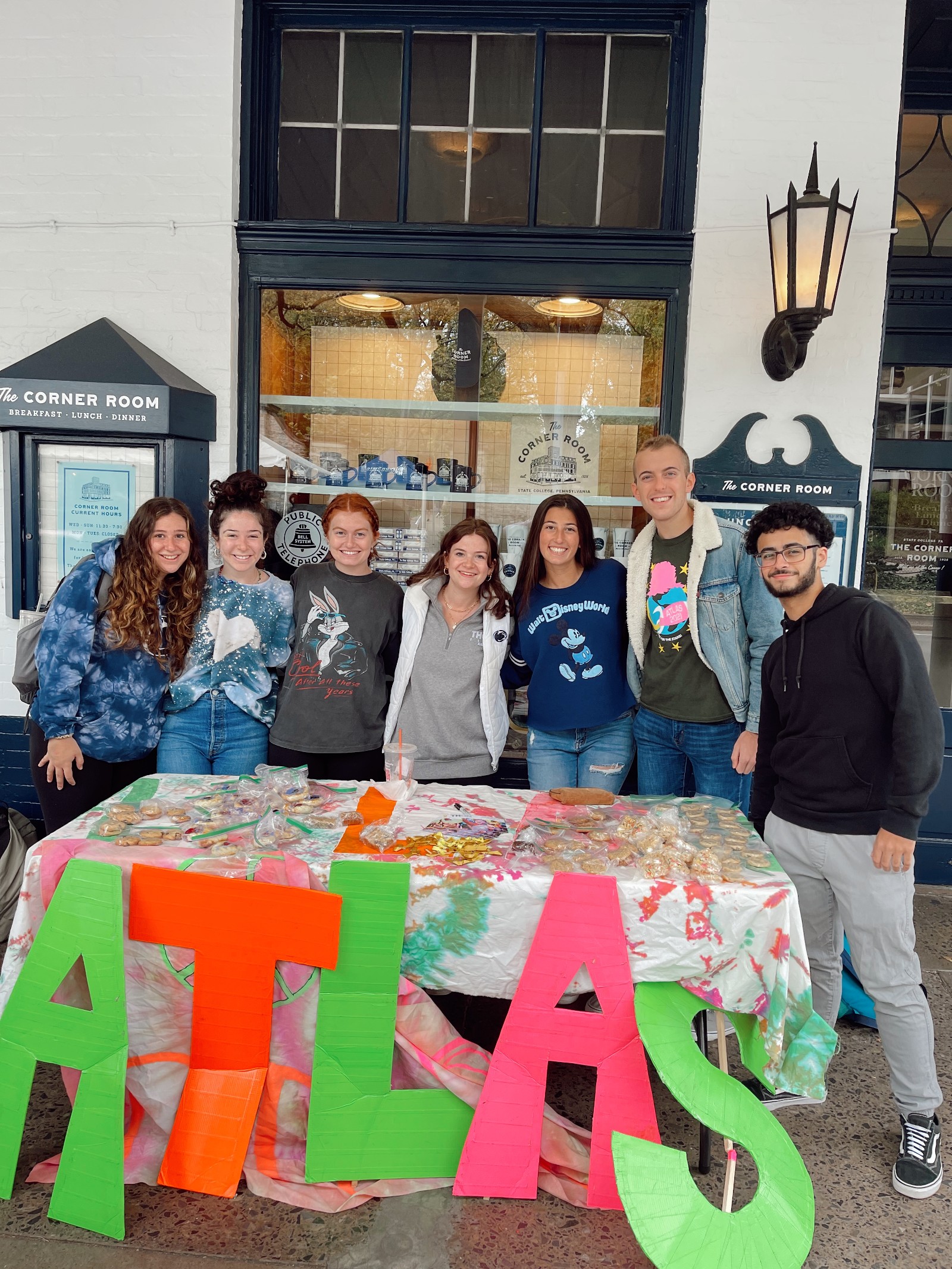 We also love just spending time with our families! We are not only here to support our families financially but also emotionally. One of the events we host every year is the tailgate with the Smith family! We are so thankful for opportunities like this to just hangout with the family. Below is a picture from our tailgate at the Northwestern game! 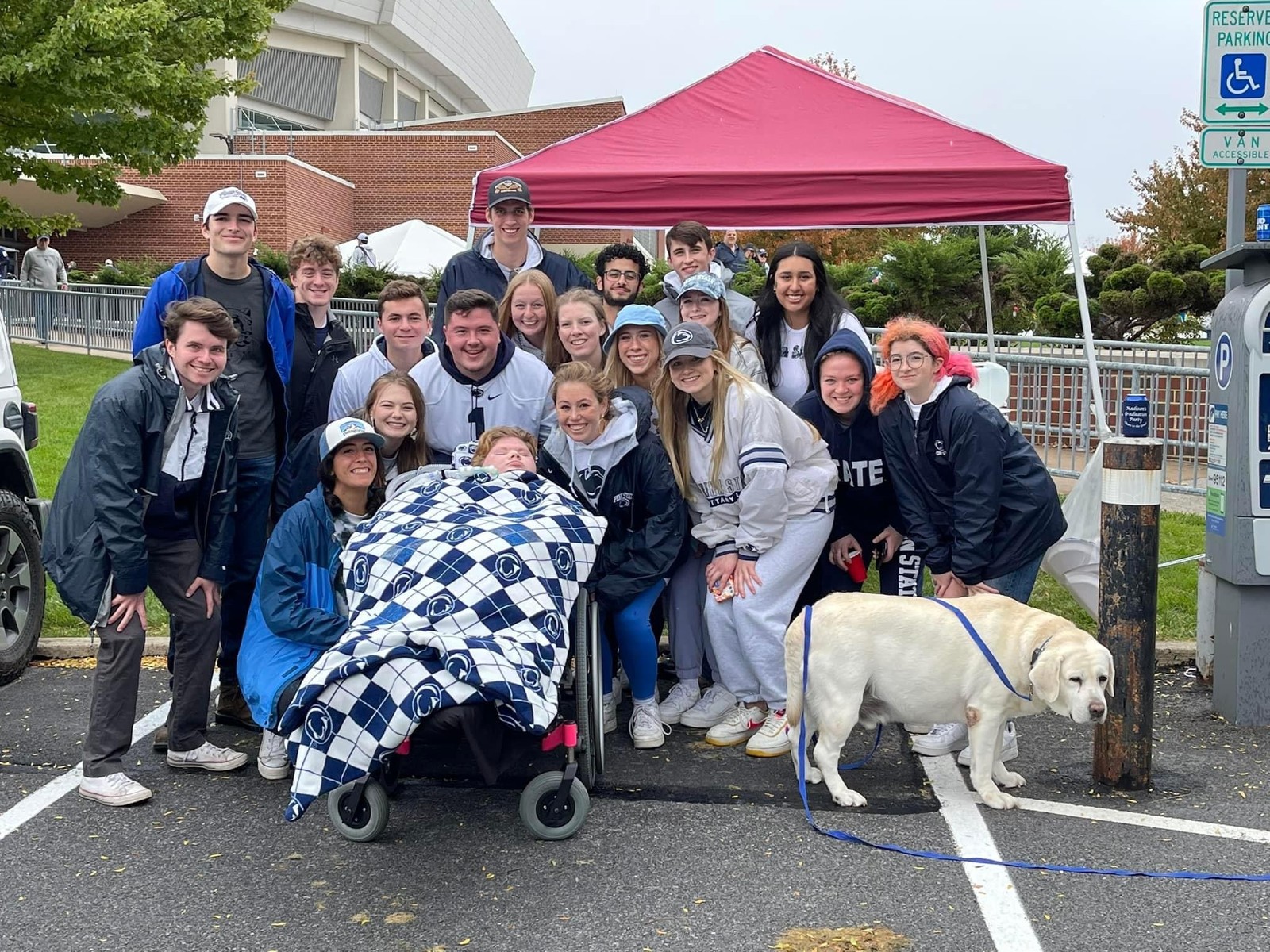 One of Atlas' most defining features is the pink fuzzy hats that we all wear. It all started when our family the Smith's told us about how when they were watching the THON Livestream, they couldn't see our organization because there are thousands of people in the Bryce Jordan Center during THON weekend. At the same time, Victoria had a favorite blue fuzzy hat she wore all the time. As more of a joke than anything, they said we should all wear pink fuzzy hats like Victoria's so we would be easier to see on the livestream. So obviously the next year the entire club was wearing pink fuzzy hats. The tradition has continued, and now we are known as the club that wears the pink fuzzy hats. 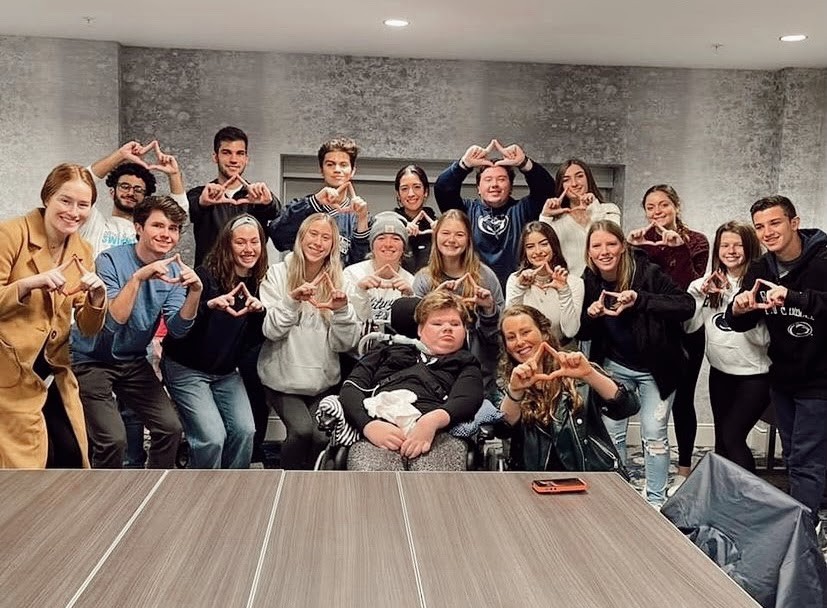 Atlas is a Penn State Campus that participates in THON, in addition to our primary purpose. Throughout the year, Special Interest Organizations contribute to the efforts of thousands of Penn State students by facilitating fundraisers, as well as providing emotional support to Four Diamonds Families.