For Alpha Phi Omega, THON is more than a philanthropy: it is an opportunity to change lives. Our lives were changed for the better when we were paired with the Connor Rowan family in late 2016. In December of 2014 after two visits to the emergency room, it was discovered that Connor has a mass on his liver and was diagnosed with hepatoblastoma, a rare form of liver cancer at 3 and a half years old. Connor was rushed from his hometown in York, PA to Hershey Medical Center where he had a 7 hour emergency surgery to remove the mass from his liver. He went through 4 rounds of chemotherapy at Hershey Medical Center which were very difficult for him and for his parents, Michael and Marrianne, and his two older brothers, AJ and Alex. Connor has been Cancer free since March 2015!!!!! The Rowans love attending THON events and even spoke on stage during Family Hour in THON 2017! 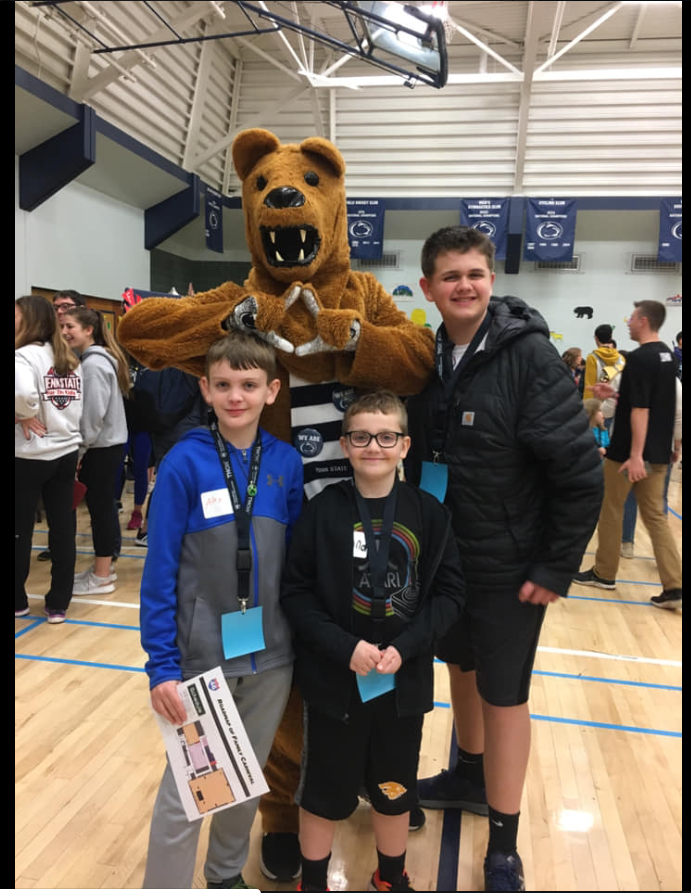 We love spending time with the Rowans! Connor, who is now 8 years old, is full of life and personality! Alex, who is 11 years old, and AJ, who is 15 years old, love talking to our brothers about all things meme, THON, and smash bros related! We have spent countless hours playing with Nerf guns, carving pumpkins, decorating cookies, playing with their dogs, Sam and Everest, and eating Marrianne’s famous chilli. We are very fortunate to be paired with such an amazing family that accepts us as a part of their family! 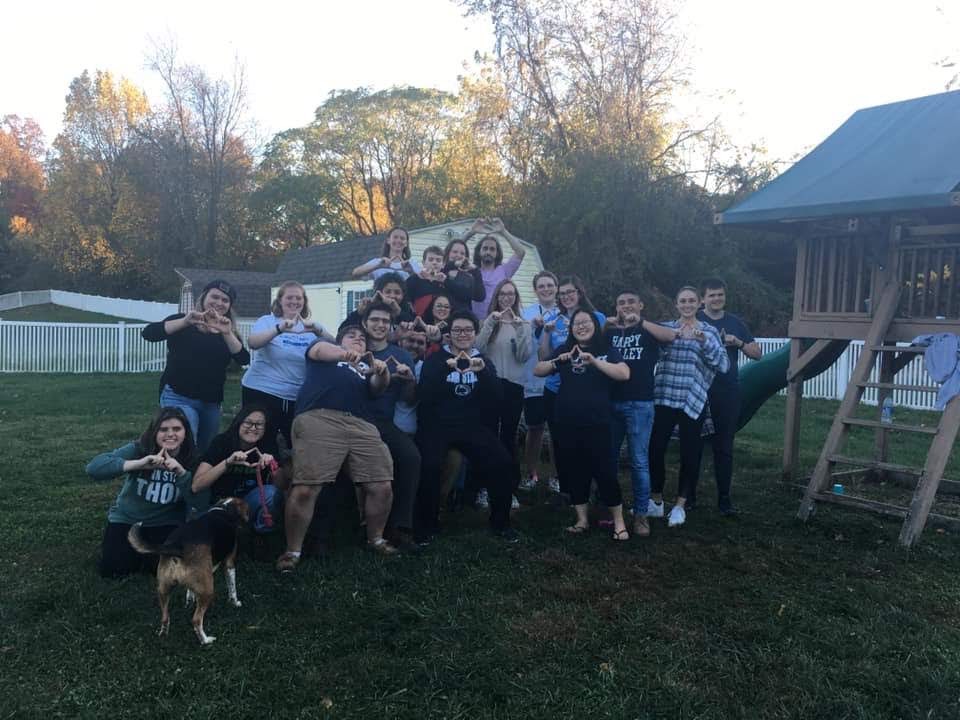 Alpha Phi Omega is a national co-ed service fraternity with the main pillars of leadership, friendship, and service. It was created based upon the principles of the Boy Scouts as a way to continue and expand upon the ideals of the Boy Scouts at the collegiate level. The Alpha Beta chapter at Penn State has been providing service to the nation, community, campus, and fraternity for over 85 years. We have been participating in THON ever since it was founded in 1977! 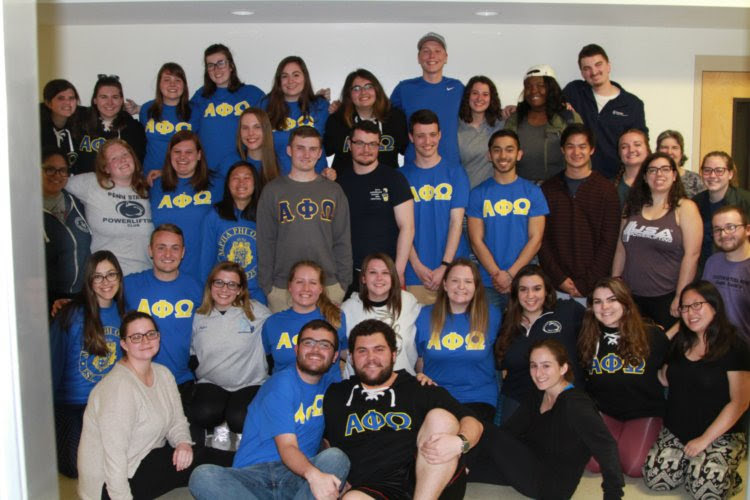 Our Organization, Alpha Phi Omega, is taking action by uniting with 16,500 student volunteers to raise funds and awareness in the fight against childhood cancer. Since 1977, THONTM has raised over $168 million for Four Diamonds at Penn State Children's Hospital. Throughout our partnership, we have ensured that over 4,000 families have not seen a single medical bill. In addition, the local research that is being done is making a global impact so that one day, we will find a cure. Each February, THON's yearlong efforts and support for the families culminate in a 46-hour, no-sitting, no-sleeping dance marathon. 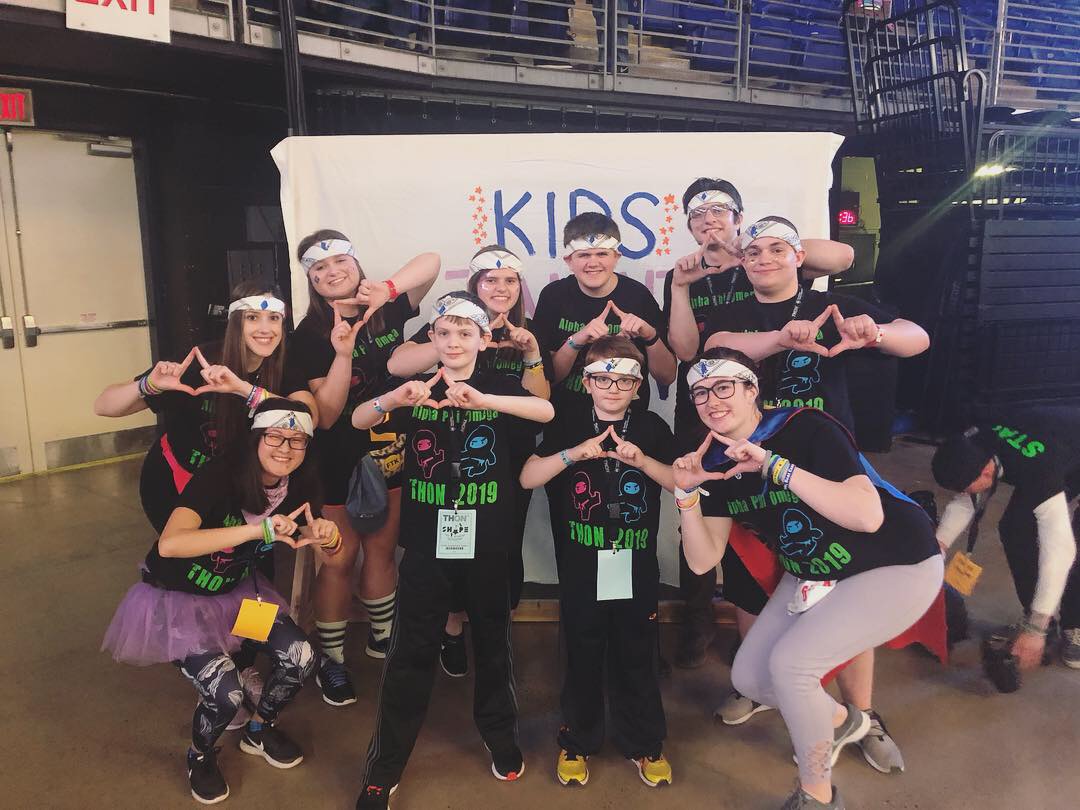 Alpha Phi Omega is a Penn State organization that participates in THON, in addition to our organization's primary purpose. Throughout the year, Organizations contribute to the efforts of thousands of Penn State students across all campuses by facilitating fundraisers, as well as providing emotional support to Four Diamonds Families.