Growing up is a beautiful thing. Let’s fight for it.

Help save the lives of children battling cancer by supporting THONTM.
Zeta Tau Alpha, alongside Alpha Tau Omega, have been taking action for more than 25 years by uniting with 16,500 student volunteers to raise funds and awareness in the fight against childhood cancer. Each February, THON's yearlong efforts and support for the families culminate in a 46-hour, no-sitting, no-sleeping dance marathon.

Learn a little more about our 5 families: 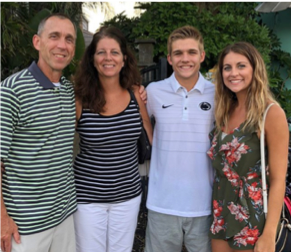 Robby had acute lymphoblastic leukemia when he was really young, and he has been cancer free since 2004! Robby is currently a senior at Penn State and a brother of Alpha Tau Omega.

Tucker was diagnosed with undifferentiated sarcoma when he was 2-years-old on the right side of his face. He relapsed twice and has now been cancer free for more than 13 years! Tucker is a freshman now at Penn State and loves it! 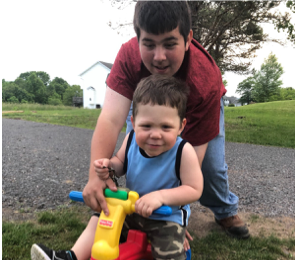 Zach had a football sized tumor in his stomach when he was younger, and is now cancer free! He is 16 now and started going to tech school to be a diesel mechanic.

Kai had acute lymphoblastic leukemia, and has been cancer free since 2017! He is now 8-years- old and we have been paired with his family for 6 years. 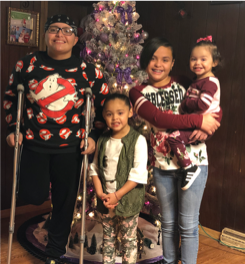 Joyce’s family just joined our organization this past year! Joyce was diagnosed with Stage 4 Ewing Sarcoma in her right calf muscle in August 2016, and beat it. Early Feb 2017, she relapsed, and doctors were forced to amputate her leg. Joyce gained her angel wings on January 30th, 2020 and will forever be in our hearts a part of our Zetaus family.

Our 5 amazing families motivate us every day to make a difference and put up a fight against pediatric cancer. Your donation can help us pave the way to a brighter future today!

Alpha Tau Omega and Zeta Tau Alpha are Greek Organizations that have been paired together for the past 30 years working tirelessly each year to benefit THON. With the generous support of our large alumni base and determined members, we provide both financial and emotional support to families impacted by childhood cancer each year. Since 1973, the Greek community at Penn State has united through the Penn State IFC/Panhellenic Dance Marathon.